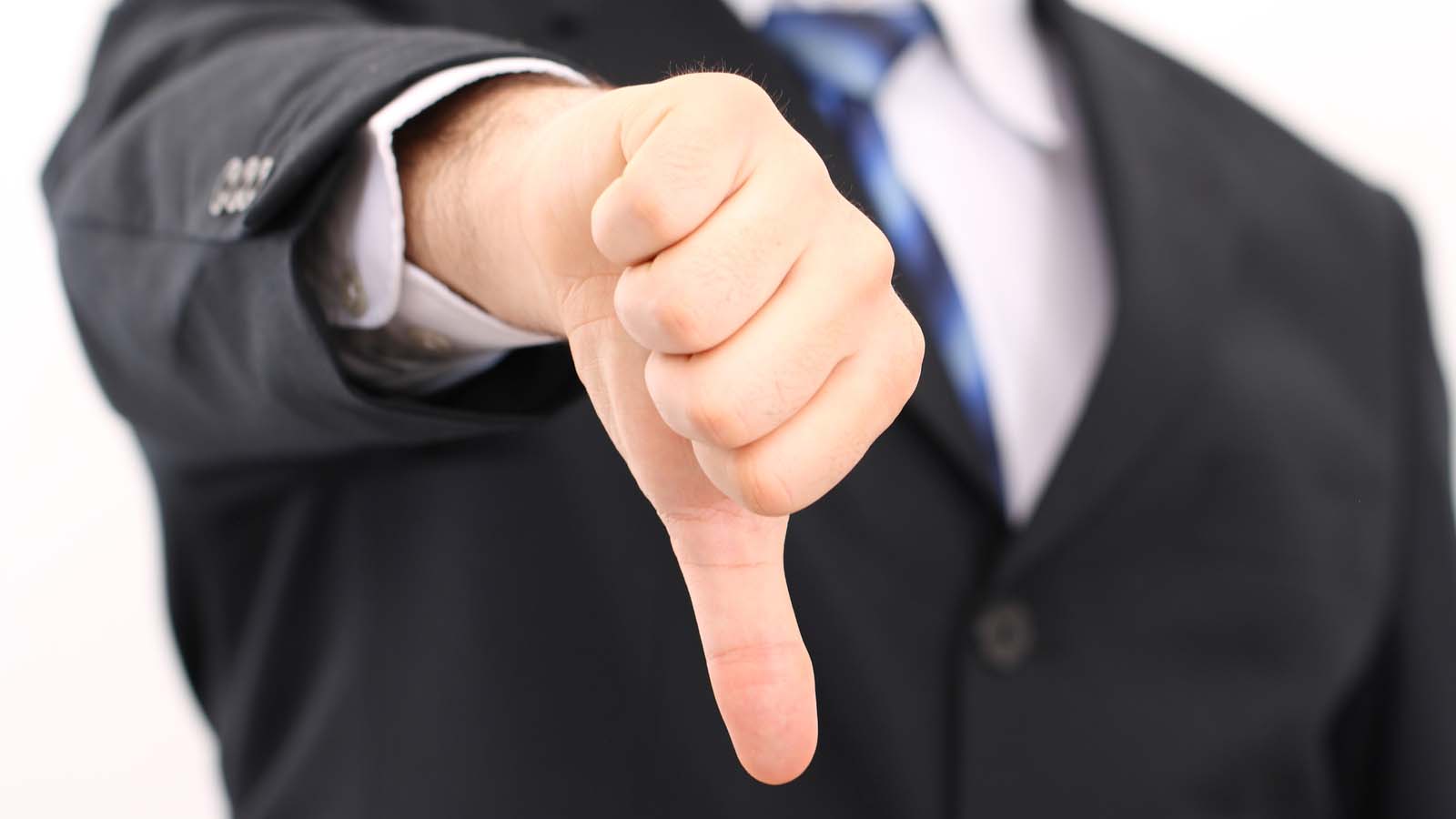 Although I don’t expect the economy as a whole to enter a recession, I do think that some sectors will be hit very hard by changes that the economy is undergoing. As a result, I think that there are definitely some blue-chip stocks to sell.

Among the sectors likely to be hit hard are housing, some retailers, the PC space, cable TV companies and consumer electronics. With the Federal Reserve rapidly raising interest rates, the housing sector has taken a big hit, and it’s likely to tumble further in the months ahead as the central bank continues to raise rates, albeit at a slower pace. As a result, retailers whose fortunes are tied to the housing space probably won’t perform very well for the foreseeable future.

Meanwhile, American consumers are spending much more money than usual on experiences, transportation and food, leaving many of them with little money to spend on discretionary products. That phenomenon is going to hurt many retailers, PC makers, companies that sell consumer electronics products, and firms that make money from cable TV.

With American consumers embracing experiences, Disney’s (NYSE:DIS) American parks should do OK. However, I do still think that the company’s decision to take a controversial stance on legislation in Florida could hurt attendance at its American theme parks.

Meanwhile, nearly all of its other businesses are likely to struggle. The company’s biggest profit generator is ESPN, whose revenue is based on the number of Americans who subscribe to cable. With experiences and transportation taking up much higher percentages of middle class budgets. more consumers than ever are likely to ditch cable this year.

Speaking of streaming, Disney’s streaming channels are still losing money and Wall Street has fallen out of love with money-losing streaming businesses. Turning to the conglomerate’s movie business, the poor reception that its recent Lightyear flick received could hurt the sales of its new movies for at least the next year or two.

Finally, the likely recession in Europe and lockdowns in China will undermine the attendance at its parks in those regions.

Put it all together, and DIS stock, which has tumbled 37% so far this year, probably has much further to fall.

Unfortunately for Target and TGT stock, those are exactly the consumers who are most likely to sharply reduce their discretionary spending in the current environment. Also hurting Target is the company’s failure to anticipate the “goods-to-experiences” shift. That oversight caused the company’s inventories to hit sky-high levels.

As a result of that situation, the retailer will likely have to take large write downs and undermine its margins with large discounts.

Add that to the sharp spending cuts by the company’s core customers  — a trend that’s likely to continue for some time — and Target’s outlook is quite poor in the near term and medium term.

With existing home sales and building permits already sinking meaningfully, the demand for Williams-Sonoma’s (NYSE:WSM) home products, including outdoor and indoor furniture, is likely to decline further going forward. And as the Fed’s interest-rate hikes continue, the drop in the demand for housing and William-Sonoma’s offerings are likely to sink further.

On June 16, Morgan Stanley identified the company as one of the “most challenged retailers,” along with RH (NYSE:RH), which recently cut its full-year guidance.

“High ticket durables, which were arguably overconsumed during COVID, face the most significant reversionary risk, and we view Williams-Sonoma (WSM) and RH (RH) as the most at risk on this front,” Morgan Stanley warned.

In accordance with my view, Morgan Stanley believes that Williams-Sonoma will probably be hurt by reduced demand for goods by consumers.

Last month, Wells Fargo warned that, “Given the unprecedented rise in interest rates YTD, housing market softness is hitting faster than many anticipated.”

As a result, the firm cut its rating on Toll Brothers (NYSE:TOL) to “equal weight” from “overweight.” Supporting Wells Fargo’s caution on homebuilders, Seeking Alpha noted that “[h]ousing starts, building permits … [slid] more than expected in May.”

Indeed, U.S. housing starts plunged 14.4% in May, compared with April, while building permits dropped 7% month-over-month. Meanwhile, Redfin (NASDAQ:RDFN) reported that in May, the number of home closings tumbled 8.5% versus the same period a year earlier.

While TOL stock technically trades at a forward price-earnings ratio of just 4.3x, there’s a very good chance that analysts’ average 2023 earnings-per-share estimate, upon which the ratio is based, is actually way too high.

That’s because, if the company reaches the mean 2022 EPS estimate of $10.23 and the average 2023 EPS estimate of $11.27, its EPS will have increased by roughly 10% in 2023. In light of the Fed rate hikes and the slowing of the housing market, that scenario is extremely unlikely to materialize.

Taken together, iPhones and Macs accounted for 73% of Apple’s (NASDAQ:AAPL) revenue in its quarter that ended in March. With many consumers shifting more of their budgets to experiences and transportation, there will be much less money left for purchasing new cell phones and PCs. Moreover, many consumers bought new smartphones and PCs during the pandemic, when they were focused on surfing the internet and working from home. Those individuals will not be in the market for new hardware anytime soon.

As evidence of the lack of strong demand for iPhones, consider that on May 26, Reuters, citing Bloomberg, reported that “Apple Inc … plans to keep iPhone production for 2022 roughly flat at about 220 million units.” Supply issues, along with “cooling demand,” were cited as the key reasons for Apple’s decision.

On the PC front, Gartner stated on June 30 that “Consumer PC demand is on pace to decline 13.1% in 2022 and will plummet much faster than business PC demand, which is expected to decline 7.2% year over year.”

Despite its 18% slide this year, AAPL stock is still trading at a forward P/E ratio of 23x and a trailing  price-sales ratio of 6.4x. Those are fairly high multiples for a company whose sales and operating-profits are unlikely to grow much, if at all, this year.

Obviously, Dell Technologies (NYSE:DELL), which focuses on making PCs, is going to take a sizeable hit from the drop of PC sales forecast by Gartner.

Also worth noting is that, on July 5, research firm Evercore cut its rating on another PC developer, HP (NYSE:HPQ), to “in-line” from “outperform.” The firm now expects annual PC sales to sink to 300 million, versus its previous outlook of 325 million to 330 million. Evercore thinks that an easing of supply challenges going forward will be negative for PC makers. The firm cut its price target on HPQ stock to $36 from $43.

Another company calling out a weaker outlook for PCs recently was chip maker Micron (NASDAQ:MU). The firm issued a negative assessment of the space recently, citing the weakness of PCs and smartphones. Put all of these elements together and investors should expect Dell to experience weakness moving forward as well.

Not surprisingly, streaming’s market share hit a record level in May, according to Nielsen. Meanwhile, cable’s share stumbleed a little from 36.8% in April to 36.5% in May. That trend should continue and intensify as consumers spend more money on experiences and transportation and less money on home entertainment.

There are two other trends that should also negatively affect Comcast (NASDAQ:CMCSA) and CMCSA stock. First, with the work-from-home trend proving to be stickier than many believed and some businesses looking to save money, many offices could be closed, cutting into the company’s vital revenue and profits from its internet service provider business.

Secondly, Snap’s (NYSE:SNAP) weak results indicate that some businesses are cutting the amount they spend on brand-recognition advertising. As a result, Comcast’s TV ad revenue could take significant hits in the coming quarter.

Notably, the company’s shares have dropped about 10% since June 8, and I believe that analysts’ average EPS estimates, which call for significant increases this year and next year, are likely to drop sharply.

On the date of publication, Larry Ramer did not have (either directly or indirectly) any positions in the securities mentioned in this article. The opinions expressed in this article are those of the writer, subject to the InvestorPlace.com Publishing Guidelines.