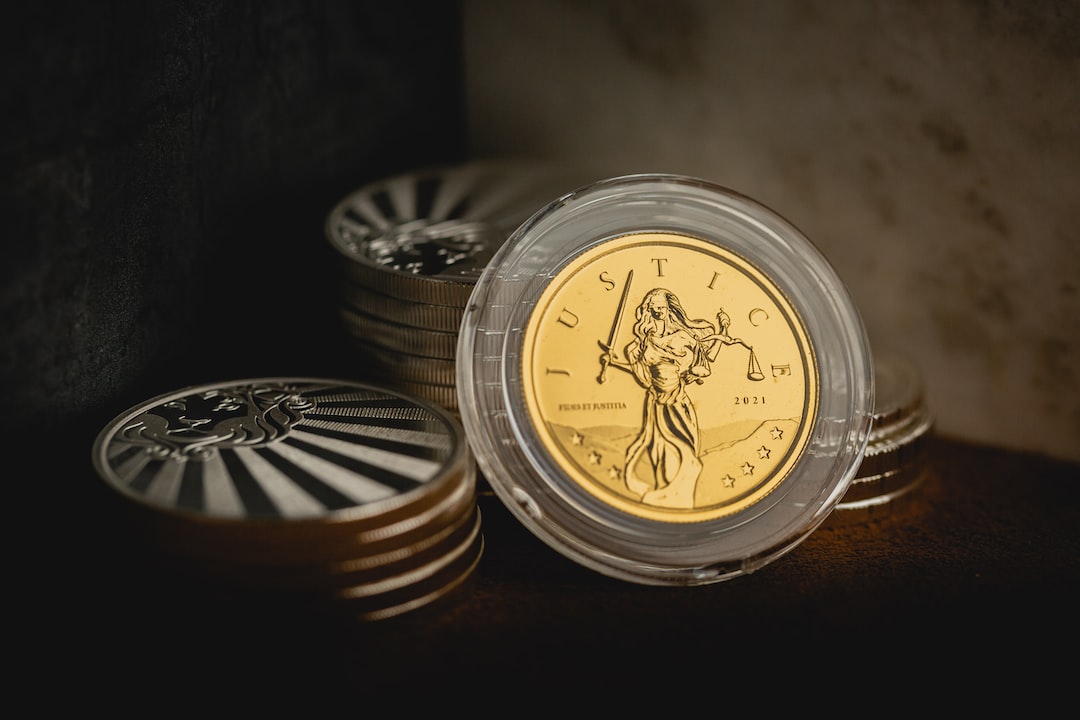 Monopolies came to colonial America well before the United States was born. The large-scale public works needed to make the New World hospitable to Old World immigrants required large companies to carry them out.

These companies were granted exclusive contracts by the colonial governors. Even after the American Revolution, many colonial holdovers continued to function due to the contracts and land that they held.

A monopoly is characterized by a lack of competition, which tends to lead to higher prices and inferior products. However, the great economic power that monopolies hold has also had positive consequences for the U.S.

A History Of U.S. Monopolies

The Sherman Antitrust Act was passed in 1890 in response to a public outcry over price-fixing abuses by monopolies.

This act banned trusts and monopolistic combinations that placed “unreasonable” restrictions on interstate and international trade. The act was a hammer that gave the federal government the power to shatter big companies into smaller pieces.

Despite this act’s passage, the next 50 years saw the formation of many domestic monopolies. At the same time, it was used to attack several monopolies, with varying levels of success. The general trend seemed to have been to make a distinction between good monopolies and bad monopolies.

One example is International Harvester, which produced cheap agricultural equipment for a largely agrarian nation and was thus considered untouchable, lest the farmers rebel. American Tobacco, on the other hand, was suspected of charging more than a fair price for cigarettes, which were at the time touted as a cure for everything from asthma to menstrual cramps. American Tobacco consequently became a victim of the government’s wrath and was broken up in 1911.

The oil industry was prone to what is called a natural monopoly because of the rarity of the products that it produced. John D. Rockefeller, the founder and chair of Standard Oil, and his partners took advantage of both the rarity of oil and the revenue produced from it to set up a monopoly.

The business practices and questionable tactics that Rockefeller used to create Standard Oil would make the Enron crowd blush. But the finished product was not nearly as damaging to the economy or the environment as the industry was before Rockefeller monopolized it.

In the early days of the oil industry, many competing oil companies were eager to find a source and drilled indiscriminately, pumping waste products into rivers or straight out on the ground rather than troubling with proper disposal. They cut costs by using shoddy pipelines that were prone to leakage.

By the time Standard Oil had cornered 90% of oil production and distribution in the U.S., it had learned how to make money off of even its industrial waste, with Vaseline being one of the new products that were developed.

The benefits of having a monopoly like Standard Oil in the country were only evident after it had built a nationwide infrastructure for oil distribution in order to avoid dependence on trains and their notoriously fluctuating costs.

The size of Standard Oil allowed it to undertake projects that smaller competitors could never have embarked upon. In that sense, it was as beneficial as state-regulated utilities for developing the U.S. into an industrial nation.

Despite the eventual breakup of Standard Oil in 1911, the government realized that a monopoly could build up a reliable infrastructure and deliver low-cost service to a broader base of consumers than competing firms. That lesson influenced its decision to allow the AT&T monopoly to continue until 1982.

It is clear that when a monopoly can deliver a quality product consistently at a reasonable price—particularly when startup costs for competitors are astronomical—the government may allow it to exist as long as it can regulate it to protect consumers.

The Limitations of a Monopoly

Andrew Carnegie had gone a long way towards creating a monopoly in the steel industry when J.P. Morgan bought his steel company and merged it into U.S. Steel to create a monstrous corporation approaching the size of Standard Oil.

U.S. Steel actually did very little with the resources in its grasp, which can illustrate the limitations of a company that has one owner with a single vision.

The corporation survived its court battle with the Sherman Act and went on to lobby the government for protective tariffs to help it compete internationally.

U.S. Steel controlled about 60% of steel production at the time, but competing firms were hungrier, more innovative, and more efficient. Eventually, U.S. Steel stagnated as smaller companies ate more and more of its market share.

Following the breakup of sugar, tobacco, oil, and meatpacking monopolies, big business didn’t know where to turn. There were no clear guidelines about what constituted monopolistic business practices.

The founders and management of so-called “bad monopolies” were enraged by the hands-off approach taken with International Harvester. They argued that the Sherman Act didn’t make any allowances for a specific business or product and that its execution should be universal rather than operate like a lightning bolt that struck select businesses.

In response, the Clayton Act was introduced in 1914. It set some specific examples of practices that would attract Sherman’s hammer. Among these were interlocking directorships, tie-in sales, and certain mergers and acquisitions if they substantially lessened competition in a market.

The Clayton Act was followed by a succession of other acts demanding government review before any large mergers or acquisitions were finalized.

These innovations gave businesses a slightly clearer picture of what not to do but did little to curb the randomness of antitrust action. Major League Baseball even found itself under investigation in the 1920s, but escaped by claiming to be a sport rather than a business and thus not classified as interstate commerce.

End of a Monopoly Era?

The last great American monopolies were created a century apart, and one lasted over a century. Others were very short-lived and some continue operating today.

AT&T Inc. (T), a government-supported monopoly, was also an essential public utility. Like Standard Oil, the AT&T monopoly made the industry more efficient. It wasn’t guilty of fixing prices, but rather of the potential to fix prices.

The breakup of AT&T in the 1980s gave birth to the regional Baby Bells. Over time, many of the Baby Bells began to merge and increase in size to serve a wider area.

The breakup of AT&T may have caused a sharp reduction in service quality and even higher prices for many customers. But that is now long past, and the descendants of the Baby Bells are finding a natural balance in the market without calling down Sherman’s hammer again.

Microsoft Corp. (MSFT) was never actually broken up even though it lost its antitrust case.

U.S. Steel couldn’t dominate the market indefinitely because of innovative domestic and international competition. The same turned out to be true for Microsoft, at least in some market segments.

The Microsoft monopoly got a little chipped at the edges as rival operating systems gained ground and rival software, particularly open-source software, threatened the bundle business model upon which Microsoft was built. It also failed over time to dominate the internet browser wars. Because of this, the antitrust decision now seems irrelevant.

In today’s world, technology companies are the new powerful companies, none so much as Meta Platforms, formerly Facebook (META), which many see as a modern-day monopoly. In December 2020, the Federal Trade Commission (FTC) sued the company, claiming that it is maintaining its social networking monopoly via anticompetitive conduct.

The FTC claimed that Meta has done this through its acquisitions of Instagram and WhatsApp, two of the largest social media networks, as well as through imposing anticompetitive conditions on software developers.

That is a significant amount of control over how personal data is shared and how advertising is allocated. Meta really doesn’t have that much competition.

The FTC has called for a breakup of Meta through the divestiture of WhatsApp and Instagram, but whether it can succeed remains to be seen.

A monopoly in business is a company that dominates its sector or industry, meaning that it controls the majority of the market share of its goods or services, has little to no competitors, and its consumers have no real substitutes for the good or service provided by the business.

What Is a Monopoly in American History?

Monopolies in American history are large companies that controlled an industry or a sector, giving them the ability to control the prices of the goods and services they provided.

Many monopolies were considered good monopolies, as they bring efficiency to some markets without taking advantage of consumers. Others are considered bad monopolies as they provide no real benefit to the market and stifle fair competition.

Why Are Monopolies Bad?

Monopolies also lead to a lack of innovation. There is little incentive to find new ways to make better products.

Is Amazon a Monopoly?

Amazon’s share of U.S. online retail sales is estimated at 40%, and even that figure may be an underestimation. Nevertheless, there are plenty of competitors in retail sales that consumers can choose.

In other areas of its sprawling business, Amazon (AMZN) may face some scrutiny. It may be viewed as a monopoly because of its significant control over third-party sellers and suppliers. If they want their products to sell, they have few options but to sell them on Amazon’s global platform.

Globalization and the maturity of the world economy have prompted calls for the retirement of antitrust laws. In the early 1900s, anyone suggesting that the government didn’t need to have a hammer to smash big business would have been eyed suspiciously.

Over the years, these calls have been coming from people like economist Milton Friedman, former Federal Reserve Chairman Alan Greenspan, and everyday consumers.

But if the history of government and business is any indication, the government is more likely to increase the range and power of antitrust laws rather than relinquish such a useful weapon.

Cryptocurrencies To Watch: Week of September 26
7 Small-Cap Stocks to Buy During a Stock Market Crash
Charging Bull: The Bronze Icon of Wall Street
Reverse Mortgage vs. Forward Mortgage: What’s the Difference?
The 7 Best Penny Stocks Under $1 to Buy Now