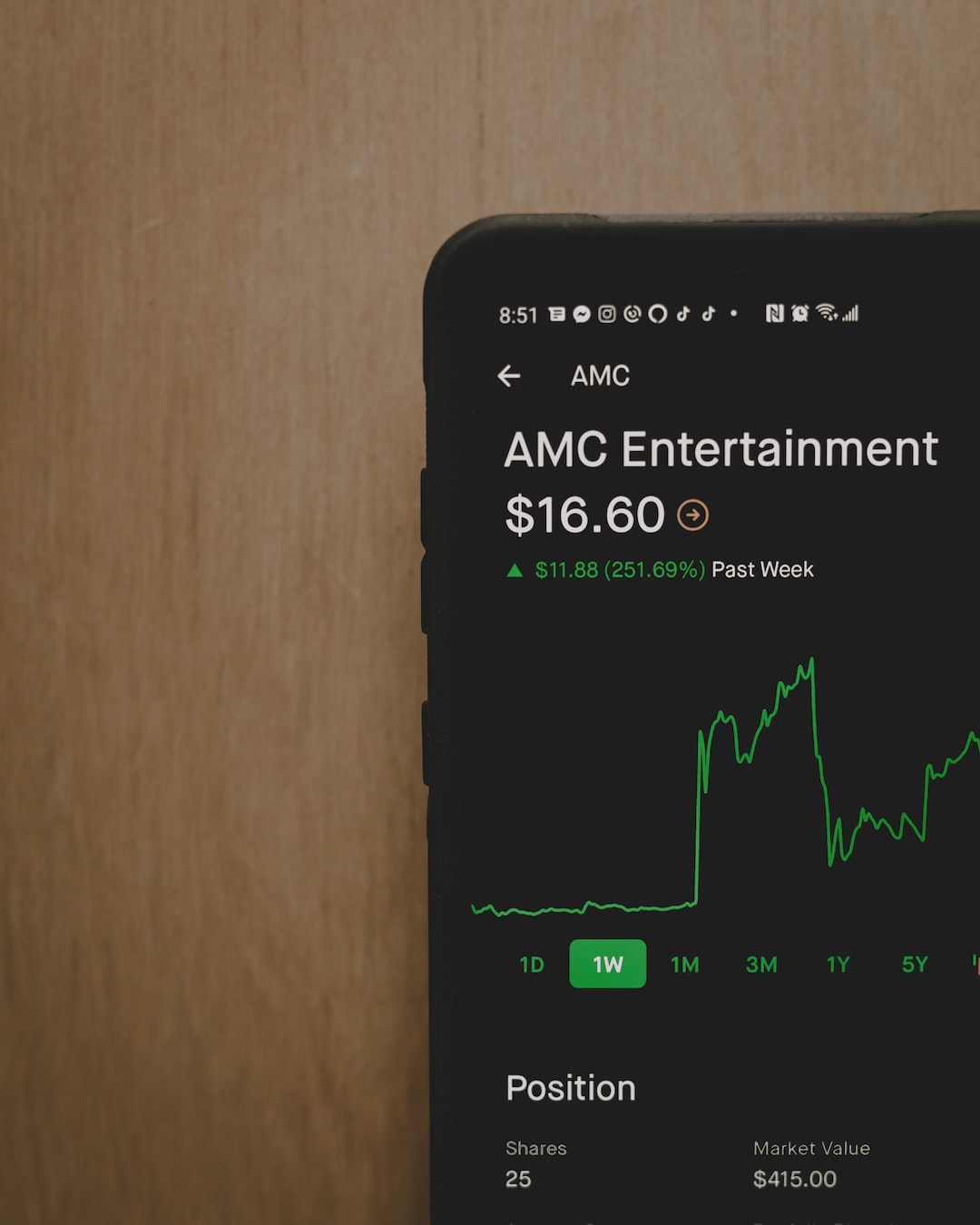 If you’re looking for dividend stocks to buy and hold forever, a good place to start is companies that have done an excellent job increasing their dividends and are expected to keep doing so in the future.

While the first place to look for such names should logically be a list of S&P 500 Dividend Aristocrats, I widened the search to the S&P 1500. That way, I had three times more stocks to choose from,  giving me a much better chance of finding special dividend stocks that deliver income and capital appreciation.

To make things even more interesting, I’ll select only the stocks of companies whose net debt is less than $5 billion.

I’m confident that, after five years, these dividend stocks to buy and hold forever will be very profitable for investors who purchase them now.

Cisco Systems (NASDAQ:CSCO) currently has a 3.4% dividend yield and net cash of $10.35 billion.

I included Cisco in my recent column called the “7 Tech Stocks to Buy With Superior Fundamentals.” Not only did Cisco deliver better-than-expected fiscal Q4 earnings recently, but it also provided optimistic guidance for fiscal 2023. As I said in my previous article, the company’s free cash flow (FCF) yield is approximately 7.3%. I consider any stock with a FCF yield above 8% to be a value name.

CSCO has Remaining Performance Obligations of over $31 billion. That’s almost three-quarters of its revenue. In the meantime, I’m sure that Cisco will find plenty of new business.

Cisco continues to transform its business from hardware-focused to software subscriptions. The tech firm’s shares might not look like they’re delivering the goods in the near term. However, its FCF generation says otherwise.

Cisco must be at the top of your list if you’re a buy-and-hold, dividend investor.

T. Rowe Price Group (NASDAQ:TROW) is in the financial sector. It currently has a 4.1% dividend yield and net cash of $4.68 billion.

Asset managers like T. Rowe Price have seen their assets under management (AUM) drop considerably in 2022. At the end of 2021, TROW had AUM of $1.69 trillion. At the end of August, its AUM had sunk by 20.7% to $1.34 trillion, primarily as a result of the current bear market. But if you’re a dividend investor, that shouldn’t scare you away from the company.

T. Rowe Price has increased its dividend for 35 consecutive years. Over the past decade, its average yearly dividend increase has been a respectable 13%. In July 2021, it even offered a special dividend of $3 per share, paying out a total of $7.32 per share for the entire year. TROW raised its quarterly dividend in March by 12 cents to $1.20. Its annualized payout of $4.80 translates to a high, current dividend yield of 4.1%.

The best part about TROW stock is that its dividend yield is excellent and its shares tend to climb relatively rapidly. Over the past five years, it has had an annualized total return of 11.35%, roughly in-line with the total return of the entire U.S. market.

Another InvestorPlace columnist, Josh Enomoto, recommended that investors consider buying RHI because many workers who participated in the Great Resignation are now regretting the decision and have become eager to return to work. Robert Half, one of the world’s leading staffing companies, would benefit from this change.

In the company’s most recent earnings report, Robert Half’s earnings climbed 18% higher than the same period a year earlier to $176 million, while its revenues increased 17.8% YOY to $1.86 billion.

I’m interested in Robert Half for two reasons: First, it operates in an industry that never goes out of style. That’s because staffing has become increasingly difficult for companies of all sizes.

Moreover, RHI’s services should remain in demand as America’s population ages. And over the past 12 months, Robert Half generated an FCF of $620 million.  Its current FCF yield of 7% verges on value territory.

Garmin (NYSE:GRMN) develops various wireless devices, including fitness watches and watches that are geared to various types of sports. It currently has a 3.3% dividend yield and net cash of $1.61 billion.

Verdict recently published a third-party review of Apple’s (NASDAQ:AAPL) Watch Ultra. While the website liked aspects of the firm’s new watch which is made for athletes and adventurers, Verdict didn’t think that Apple’s product was as good as Garmin’s offerings.

“Most importantly, however, some Garmin Adventure Watches offer battery lives that can last weeks while also offering cutting-edge features that athletes and adventurers want. In contrast, the Watch Ultra has a battery life of a measly 36 hours,” wrote GlobalData Technology.

When it comes to GPS technology, Garmin is a global leader. Its fitness and outdoor products generate 57% of the company’s annual revenue and 70% of its operating income.

Good things will continue to happen for the owners of GRMN stock if the company keeps spending heavily on research and development. In Q3, it expects to spend $201.5 million on R&D, representing 16.2% of its revenue and an 8% YOY increase.

Over the past five years, Garmin’s stock has generated an annualized total return of 15.%   That’s 3.05 percentage points higher than the annualized return of the entire U.S. stock market.

In January, J&J announced that its long-time CEO, Alex Gorsky, had given up that role  and had become its  Executive Chairman. Joaquin Duato, the company’s Vice Chairman of the Executive Committee, became the new CEO. All told, Duato has spent 30 years at the company, previously serving as Worldwide Chairman of its therapeutics unit and the head of its Covid-19 response.

In his new role, Duato hopes “to harness data science and intelligent automation for insight generation.”

Johnson and Johnson remains one of the world’s biggest healthcare companies. The need for its products won’t disappear because Gorsky is no longer CEO.

Who knows? Maybe Duato can do a better job delivering value for shareholders. In the meantime, get paid 2.8% annually to find out.

Omnicom Group (NYSE:OMC) is the umbrella holding company for many global advertising and corporate communications agencies.. It currently has a 4% dividend yield and net debt of $2.24 billion

Omnicom’s brands include BBDO, TBWA, and the Omnicom Media Group.

The company’s business has been good, if not spectacular, this year, as its revenue was flat YOY versus Q2 of 2021. However, excluding acquisitions, it generated 11.3% YOY growth, with all its operating segments reporting healthy revenue increases.

Over the past three fiscal years, Omnicom has generated an average FCF of $1.56 billion. That equates to a FCF yield of 10.8%.

OMC stock is cheap, in my estimation, given its consistent FCF generation.

Medifast (NYSE:MED) markets weight-loss products. It has a 5.3% dividend yield and net cash of $34.1 million.

Over the past ten years, MED stock provided an annualized total return of 18.3%, nearly one-third higher than the average of the entire U.S. market and significantly better than JNJ stock.

Its asset-light business model has enabled it to constantly generate decent free cash flow. In the past three fiscal years, Medifast’s average annual FCF was $108.0 million. Based on a market capitalization of $1.38 billion, that equates to an attractive FCF yield of 7.8%.

Only two analysts cover Medifast stock. One has a “buy” rating on it, while the other has a “hold” rating on the shares. The analyst who rates it a “hold” has a target price of $150, versus its current level of $120.