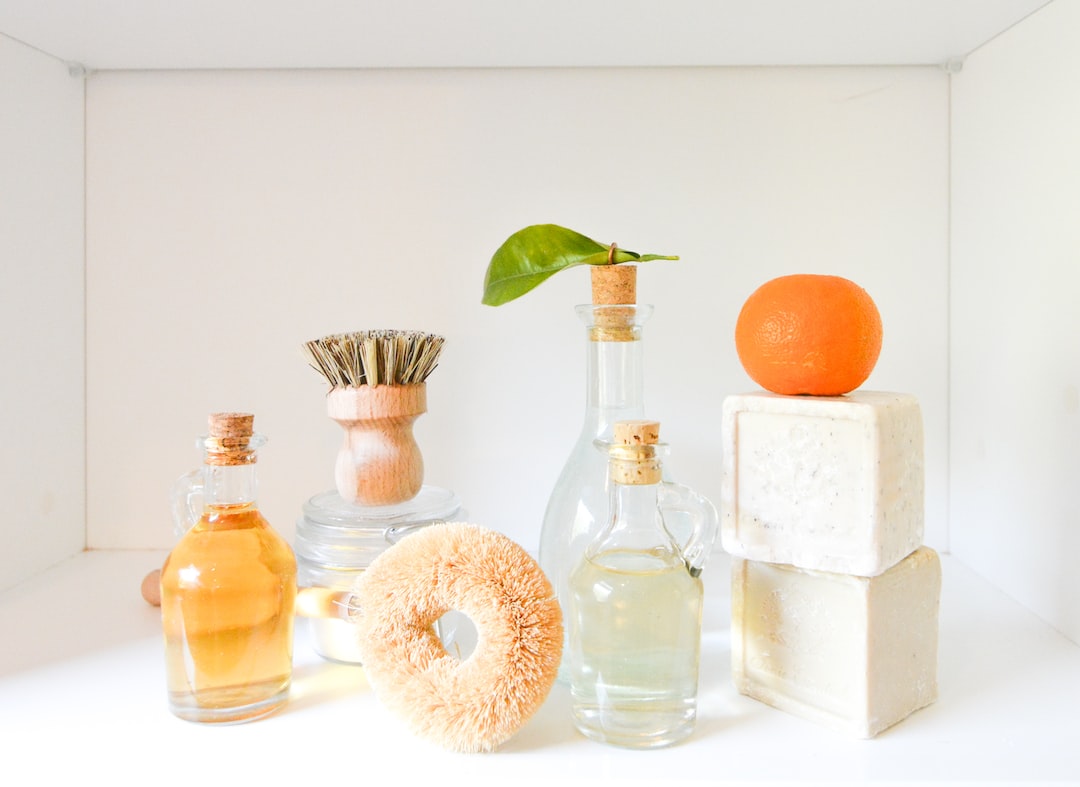 “Hey Max, did you know you missed out on Dogecoin?” Everyone made a fortune off it.”

Many investors are terrified by questions like these. So much so that there is even a term for it: FOMO (fear of missing out). Research has found FOMO is more predominant in people aged 18 to 35. FOMO is a term that’s popular in the cryptocurrency community, a market that has become associated with irrational and sometimes-unsubstantiated trading decisions.

What is FOMO in Cryptocurrency Investing?

FOMO in the crypto world occurs when a person makes an irrational decision to trade or invest in a crypto asset based on some piece of information received without properly verifying the source and or accuracy of it. FOMO in cryptocurrency leads people to buy assets at their highest prices or even sell them at their lowest, rather than vice versa, which would be better-advised. Sometimes, the consequences of crypto FOMO can be worse and more profound than a loss of invested capital—it can lead to damaging situations such as disconnection from family, anxiety, and depression.

When a person loses trading capital in a bad investment, especially a large amount, it might affect them mentally. In turn, this failure can be reflected in other aspects of their life such as relationships, connections with family, friends, and more. The person starts experiencing social decline and gradually becomes dysfunctional, if extra care isn’t taken.

In an 80-year study of male Harvard students on what makes a good life, the fourth director of the study, Robert Waldinger, mentioned, “The surprising finding is that our relationships and how happy we are in our relationships have a powerful influence on our health.”

Waldinger’s explanation also can be applied to crypto investing. FOMO in crypto can affect not just people’s portfolios but also can translate to how healthy they are and the quality of their lives.

It is important to avoid crypto FOMO by learning more about what it is through examples, understanding its causes and possible symptoms, and, ultimately, acting to prevent FOMO as an investor.

Examples of FOMO in Crypto

A familiar example of crypto FOMO to many is Dogecoin‘s volatile movements in 2021. Tesla CEO Elon Musk‘s tweets about Dogecoin caused FOMO among those who did not own Doge at the time.

The meme cryptocurrency on several occasions has experienced a surge or plummet in price depending on how the words of Musk are perceived by the market. In May 2021, Dogecoin jumped ahead of Musk’s appearance on the TV show “Saturday Night Live” and then slid by nearly 30%, in the 24 hours after Dogecoin was referred to as a “hustle” on the show when he appeared.

The effect caused by FOMO in the crypto community has fueled the investment into many shitcoins. Crypto FOMO is fostered mainly by the desire to seize the next money-making successor to Bitcoin whenever possible. In reality, making a potentially profitable move in the market results from making rational decisions after conducting in-depth research before leaping to invest in any token.

Identifying the Cause Of FOMO

There are several reasons driving FOMO in the cryptocurrency community, and identifying some of them could help preempt the emotion when it next appears. The five causes below aren’t exhaustive, but the list may help lay the foundation for overcoming FOMO as a crypto trader or investor.

Catching the Next Big Move

The idea of catching the next big move generally has dominated the crypto community, fired by the knowledge of how much money was made by some early investors in cryptocurrencies such as Bitcoin and Ethereum. Bitcoin, for example, has experienced cumulative growth of nearly 30,000% in the past nine years. The zeal to discover another such surge has prompted FOMO in the community.

Crypto FOMO is often seen as being one-way: only profit-oriented, with individuals searching for a big move to gain from. But the reverse is also true; people experience FOMO when trying to avoid significant losses. One prominent example is the crash of TerraUSD (UST), a stablecoin that lost 70% of its value, from $1 to 30 cents, on May 11, 2022.

Information is a crucial driver, especially for profiting in the cryptocurrency space. But it also can be a tool that drives FOMO, mainly when there’s access to an overwhelming array of data from multiple sources.

The Early Entrant Wins All

This mentality stems from people who believe the early-mover advantage always leads to a positive outcome due to success stories of early investors in booming cryptocurrencies such as Bitcoin.

Just as there are sometimes benefits to being an early investor, it’s worth acknowledging that there are downsides to trading and not all cryptocurrencies will show up on the leaderboard of high-performing crypto assets.

Unlike the foreign exchange and stock markets, the crypto market is relatively untested, largely unregulated and has a low barrier for entry. These factors have led to an influx of people with limited knowledge and understanding of how the market works eagerly participating, with their strategy mainly compelled by FOMO.

Signs of FOMO To Watch For

Understanding some of the causes of FOMO is a good first step, but being able to recognize the signs of it, especially in oneself, is just as important. Here are some behaviors that could indicate the possibility of an investor being FOMO-driven:

These four actions illustrate how greed can lead to making risky decisions, and how these choices can be irrational and fleeting.

How To Avoid FOMO as a Trader

Take the Time To Research

FOMO is compulsive and driven by information received from a variety of channels. Usually, news like that isn’t verified and is interpreted to suit a personal bias.

As a crypto investor, doing independent research to understand the coin’s situation is a must before being tempted to make an irrational decision that might trigger a loss or, even worse, liquidation.

Conducting research gives you with an edge in overcoming FOMO. Still, an additional helpful practice is having a list of expert individuals and media to turn to for more information. Relying on these selected media outlets and influencers as secondary sources contributes to better decision-making on whether to buy or sell a crypto asset. The extra details and clarity can help inform trading or investment decisions.

You Can’t Win All the Time

Life is a combination of ups and downs; coming to this realization gives an investor a logical perspective and better grounding. Understanding that in investing one can’t always be in a profitable position sets the tone for more wins and being able to handle occasional losses. Not even Bitcoin advocates like MicroStrategy co-founder Michael Saylor are always on the winning side of the crypto market. An crypto investor or trader’s best bet is to develop strategies that make it easy to spot FOMO.

Having a guiding principle is a constructive way to get over the effects of FOMO. It means maintaining a checklist to prevent making drastic decisions or jumping too quickly on the market bandwagon. Your strategy will incorporate nuances like the use case of the crypto assets you’re considering, its tokenomics, and more. Combine fundamental and technical analysis whenever possible to shield yourself from poorly thought-out trading decisions.

Know the Market Is Cyclical

The cryptocurrency market, like others in the financial world, moves in an up-and-down cycle, with bullish and bearish periods. The bull market comprises a series of price highs and the bear market comes with lows— and with people losing money. Understanding this cycle will help reduce the risk of being driven by FOMO, when you can recognize the right time to enter and exit a trade.

One of the best ways to avoid anxiety from FOMO is to learn from previous mistakes. Reflect on that moment when you panic-sold your Bitcoin—prompted by news you heard about an incoming dump—only to watch its price rise sharply after you clicked the sell button. You discovered the information wasn’t profound, or possibly wasn’t correct. A scenario such as that can make you regret selling. To sidestep this, reflect on a situation in which you made a trading decision that led to lost money, one that you regretted. As the saying goes, “once bitten, twice shy” should be your guide.

Remember, FOMO is a Tool For Scammers

Since crypto started gaining global recognition, many initial coins offerings (ICOs) have emerged. Some are genuine and others have been a tool for exploitation.

Scammers use these fraudulent tokens or ICOs to persuade investors via FOMO to sink money into them. One study showed that 80% of ICOs are a scam. Another report estimated that $9 million is lost daily to small-scale cryptocurrency scams. It’s important to remember how ICO scams can seem plausible when FOMO clouds a decision.

Forms of FOMO have been a part of human existence long before cryptocurrency was invented. With cryptocurrency, it can be detrimental because of the potential for losing an entire investment. Following guidance with discipline can help investors avert the danger and influence of cryptocurrency FOMO.