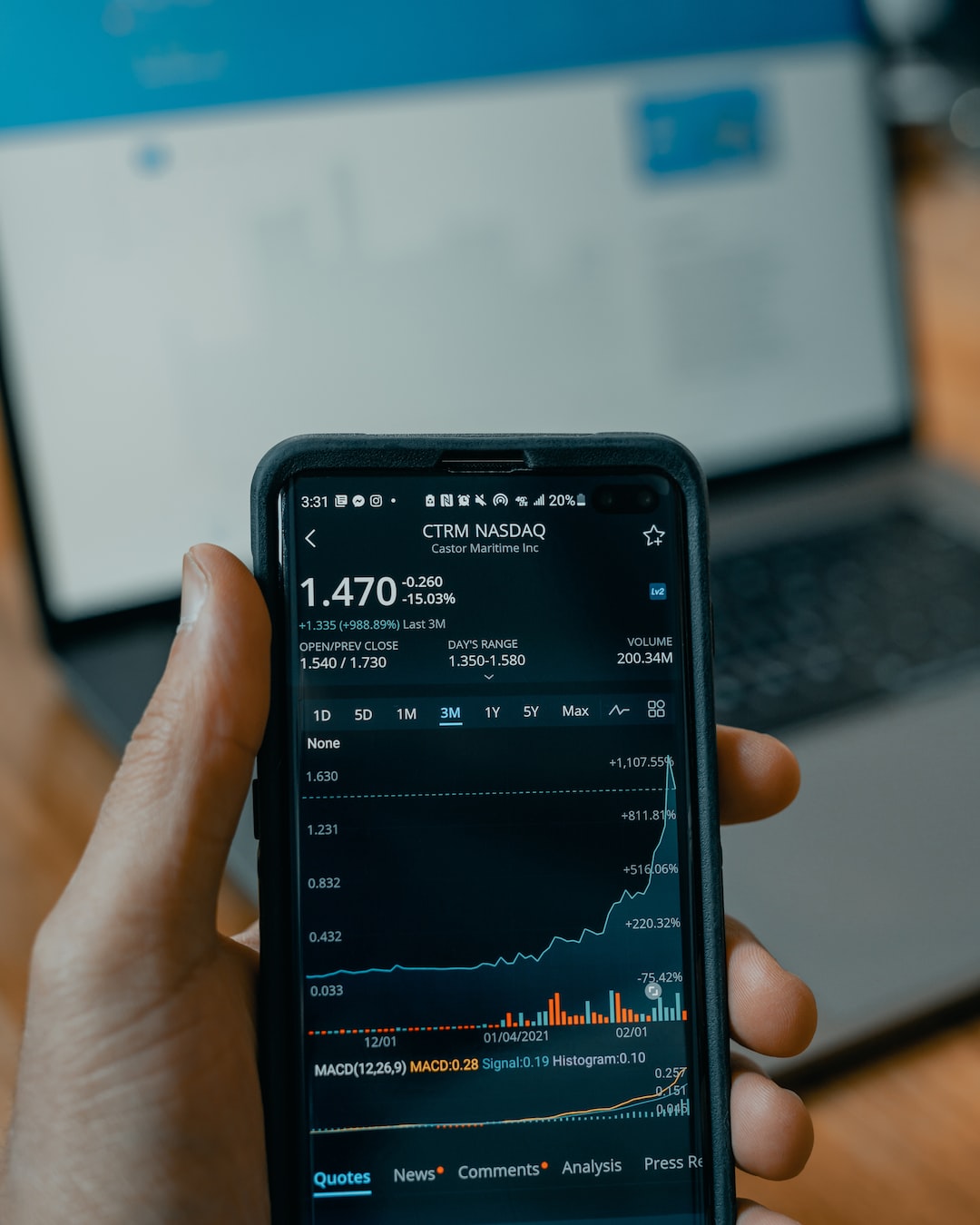 Usually, most financial advisors will direct their clients to consider the bigger picture. However, because of the unique circumstances of the post-pandemic new normal, investors may want to consider the best short-term stocks to buy. Primarily, the twists and turns of the equities sector makes this market unreliable and unpredictable. In addition, recent fundamentals seemingly support targeting the best short-term stocks to buy now.

Last Friday, the Labor Department released data from the employment situation. In short, employers created 263,000 jobs, beating analysts’ expectations. While that’s good for the near term, it also raises the specter of more aggressive interest rate hikes. In other words, we could be due for yet another series of wild trading. Those who don’t want to spend too much time on a potential rollercoaster may want to consider the best short-term stocks to buy now.

Fundamentally, H&R Block (NYSE:HRB) represents one of the best short-term stocks to buy because it touches extreme catalysts. As a tax preparation consultancy, HRB is a boring market idea, let’s just be honest here. However, the rise (and subsequent fall) of cryptocurrencies makes HRB incredibly compelling.

How so? Because of the vagaries of crypto-related tax laws, it appears that the Internal Revenue Service and other federal agencies are playing this sector by ear. To avoid misunderstandings, people who trade cryptos may see the wisdom in H&R’s services. That’s one factor. The other centers on the acute emotions of financial panic. As you probably know, major crypto exchanges declared bankruptcy recently. Likely, this will spark a mass exodus of blockchain investors toward fiat currencies. Obviously, this would lead to a huge taxable event, which benefits HRB. Add in that April 15 is only a few months away and you have a case for HRB ranking among the best short-term stocks to buy.

Arguably one of the most counterintuitive market ideas presently, Etsy (NASDAQ:ETSY) deserves consideration among the best short-term stocks to buy. An e-commerce firm specializing in handmade or vintage items and craft supplies, you wouldn’t ordinarily expect such a business to flourish under the current pressured environment. However, it’s performing well and beating other big players.

Now, let me be clear about what I’m saying. ETSY dropped 33% of equity value on a year-to-date basis. However, e-commerce king Amazon (NASDAQ:AMZN) plunged nearly 45% during the same period. Also, the near-term print symbolizes a night and day difference. For ETSY, it gained nearly 43% in the trailing month. AMZN? It’s up but only by 3.5%. Given the outstanding jobs report in November, it’s possible that ETSY can move forward in the near term. Also, the company provides an outlet for more personalized gifts during the holiday season. However, the longer-term outlook presents questions so it’s an in-and-out deal.

Just to quickly recap the core details, UiPath delivered earnings per share of 5 cents, beating the consensus target for a loss of 4 cents. On the top line, the company generated revenue of $262.74 million, beating Wall Street’s estimate by nearly 6%.

Aside from the earnings performance, what made UiPath’s disclosure special was that it aligned with other surprisingly robust performances. For instance, human-capital management software firm Workday (NASDAQ:WDAY) also delivered impressive results for its Q3 report.

Over the trailing five days, PATH gained 18% while in the trailing month, it’s up nearly 35%. However, global recession fears makes UiPath a less-convincing idea. In the near term? It’s got the wind to its back, making it one of the best short-term stocks to buy now.

One of the hardest-hit public companies this year, Shopify (NYSE:SHOP) doesn’t look particularly encouraging this year. Since the January opener, SHOP gave up over 68% of equity value. Further, the company represents an e-commerce platform for online stores and retail point-of-sale systems. Unfortunately, with weakened consumer sentiment, the narrative for SHOP isn’t favorable.

However, it’s also fair to point out that SHOP has been making buzz as one of the best short-term stocks to buy. The proof is in the pudding. In the trailing month, SHOP gained a very healthy 34% of market value. Also, in the past five days, shares gained almost 11%. This dynamic could signify that investors believe that Shopify simply became far too oversold. Financially, the company represents a tough hurdle to overcome for the buy-and-hold types. According to Gurufocus.com, SHOP represents a possible value trap. However, the combination of recent investor sentiment and the holiday season could see Shopify pop higher in the near term.

Headquartered in China, Niu Technologies (NASDAQ:NIU) specializes in manufacturing electric-powered scooters. Per its public profile, Niu now represents one of the largest electric vehicle manufacturers in China. Further, the company has been expanding aggressively, with its scooters used by some vehicle-sharing enterprises. While the narrative may appeal to many investors on paper, in reality, Niu has not performed well where it matters. Specifically, since the start of this year, NIU hemorrhaged over 74% of equity value. According to data from Google Finance, NIU’s lifetime return is a loss of nearly 51%.

So, why consider it one of the best short-term stocks to buy now? Primarily, traders jumped on the opportunity to make some quick cash with NIU. In the trailing month, shares skyrocketed 36%. And on last Friday’s session, NIU closed up over 10%. Notably, Gurufocus.com considers NIU to be significantly undervalued. On a speculative level, NIU could align with the burgeoning micro-mobility market, which could grow to $6.1 billion by 2027.

With Sea Limited (NYSE:SE), if you divorce the underlying relevant business with its actual market performance, represents a compelling narrative. A tech conglomerate, Sea brings e-commerce, financial technology (fintech) and digital entertainment under one umbrella. Just as importantly, Sea – which is based in Singapore – owns a strong presence in Southeast Asia. According to a Reuters report, the region’s internet economy could reach a valuation of $1 trillion by 2030. Therefore, you would assume that an enterprise that dominates the burgeoning market would likewise rise in value. However, Wall Street doesn’t see it that way (no pun intended). Since its January opener, SE gave up 72.5% of equity value.

Nevertheless, contrarians remain enthused about the steep discount. In the trailing month, SE gained an impressive 40%. In the trailing five days, SE is up nearly 13%. As a final advantage, Sea brings both near (technical momentum) and long (underappreciated internet economy) catalysts. Therefore, it’s one of the best short-term stocks to buy now.

For this final idea of best short-term stocks to buy now, I’m going with arguably the riskiest proposition in PayPal (NASDAQ:PYPL). Since making its public debut as a spinoff, PayPal – which specializes in digital payment solutions – enjoyed strong relevancies. Basically, society gradually embraced digitalization in all things. Plus, PayPal offered a recognizable (read trustworthy) brand, affording it a competitive edge in the fintech ecosystem.

Unfortunately, the market at large failed to recognize the underlying relevance. Since the beginning of the year, PYPL plunged nearly 62%. Further, contrarians right now don’t appreciate PayPal as much as other discounted plays. For example, in the trailing month, PYPL slipped about 1% below parity. And in the trailing five sessions, it’s down almost 7%.

However, I still believe in PayPal because of the burgeoning gig economy. Moreover, I believe this segment will rise faster than the experts assume. With possibly 90% of companies requiring workers to return to the office at least part of the week starting in 2023 (which is coming up soon), some folks will likely revolt. Thus, the gig economy could expand, which will spell good news for PYPL.

3 Penny Stocks to Buy Now OR You’ll Be Kicking Yourself Later
Stocks making the biggest moves after hours: Intel, Visa, Hasbro and more
My MULN Stock Price Prediction for 2023
7 CRISPR Stocks With the Best Long-Term Potential
7 Industrial Stocks That Will Be Big Winners